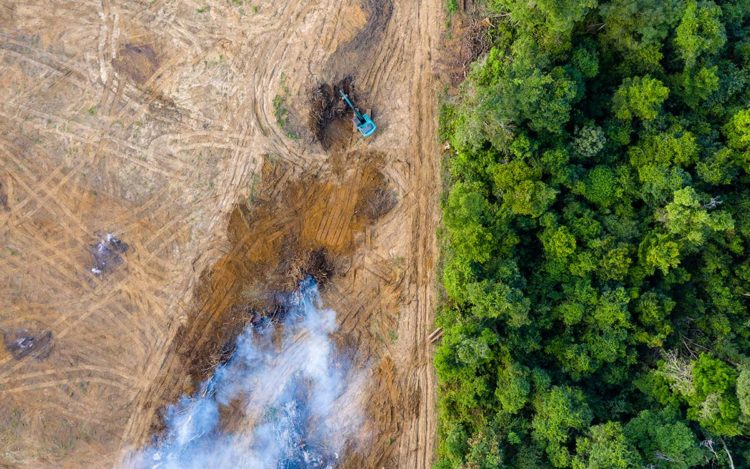 Sadly, the world’s forests are actively being destroyed at an alarming rate.

Around the world, a staggering 1.6billion people depend on forests for their livelihoods.

Forests provide food, fuel, housing materials, medicine, and other important resources. When forests are destroyed, these resources are lost too.

Small, young trees aren’t able to provide all of the resources that communities depend on. For instance, it can take years before a tree begins producing fruits or nuts.

When trees die, they don’t just lose their ability to absorb more carbon – they also release much of the carbon they were storing back into the atmosphere.  In 2020, more than 10 million acres of undisturbed tropical forest was lost.

This forest loss emitted the same amount of carbon as 570 millions cars do in an entire year!

Planting a new forest won’t immediately restore what was lost. It could take decades, or even centuries, for the young trees to sequester the amount of carbon that the old ones were storing. And that’s if they survive.

Research shows that preventing the loss of one hectare of existing, mature forest typically avoids about 100 tons of carbon emissions. On the other hand, one hectare of restored forest sequesters around 3 metric tons of carbon each year. That means it would take at least 30 years for the new forest to capture the same amount of carbon that was stored in the old forest.

With the window to avoid climate catastrophe closing, we simply don’t have that much time.

From jaguars to orangutans to giant pandas, forests are home to approximately 80% of the world’s land-based plant and animal species. So when a forest is destroyed, it can also wipe out the incredible wildlife that live there.