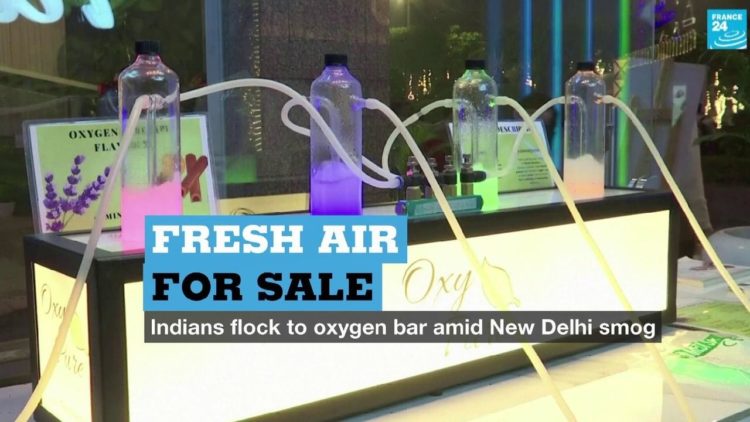 Fresh AIR on sale at the OXYGEN BAR

New Delhi consistently ranks among the world’s most polluted cities. But factors including the weather and the annual burning of crops by farmers have seen pollution levels reach dangerous heights this month, with particles in the air often exceeding 20 times what is considered safe by the World Health Organisation.

Called Oxy Pure this bas opened its doors in May but has seen a spike in customers in recent weeks as New Delhi has been hit by soaring pollution levels.

For a fee of 500 rupees, or a little over $7 the customers at the bar inside an upmarket New Delhi mall can get access to 15 minutes of up to 99 percent pure oxygen.

They can even choose between different flavours of oxygen, including orange, cinnamon and peppermint.