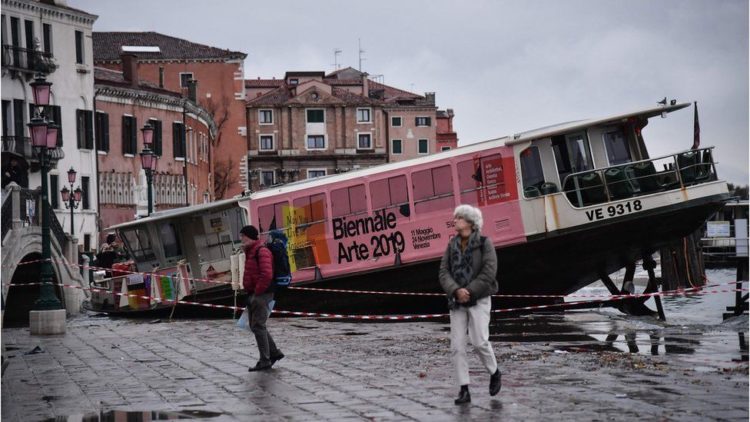 Is climate change behind Venice flooding?

This latest Acqua Alta occurrence in Venice is the second highest tide in recorded history. 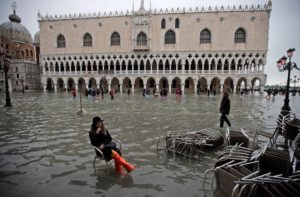 However, if we look at the top 10 tides, five have occurred in the past 20 years and the most recent was only last year.While we should try to avoid attributing a single event to climate change, the increased frequency of these exceptional tides is obviously a big concern. In our changing climate, sea levels are rising and a city such as Venice, which is also sinking, is particularly susceptible to such changes.

The weather patterns that have caused the Adriatic storm surge have been driven by a strong meridional (waving) jet stream across the northern hemisphere and this has fed a conveyor belt of low pressure systems into the central Mediterranean.

One of the possible effects of a changing climate is that the jet stream  : will be more frequently meridional and blocked weather patterns such as these will also become more frequent. If this happens, there is a greater likelihood that these events will combine with astronomical spring tides and hence increase the chance of flooding in Venice.

The so-called Mose project – a series of large barriers or floodgates that would be raised from the seabed to shut off the lagoon in the event of rising sea levels and winter storms – was successfully tested for the first time in 2013.

The project has already cost billions of euros in investment. According to Italy’s infrastructure ministry, the flood barriers will be handed over to the Venice city council at the end of 2021 following the “final phase” of testing.

Italy was hit by heavy rainfall on Tuesday with further bad weather forecast in the coming days. Venice suffers flooding on a yearly basis.